'Stardust' re-designs (based upon book and film)

Color Theory final project which is to re-invent the movie Stardust, redesigning the characters and scenes.

This my version of the scene where Tristan meets Yvaine for the first time after she falls to earth. 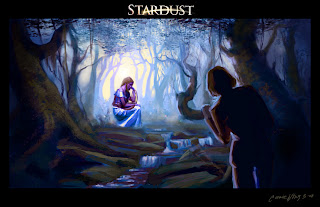 Casting of the king's jewel. 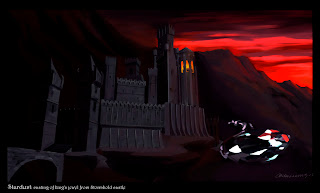 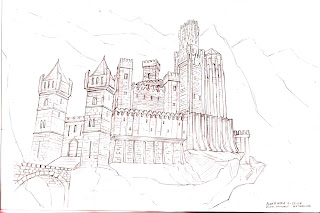 Fatal battle of the witch and the unicorn. 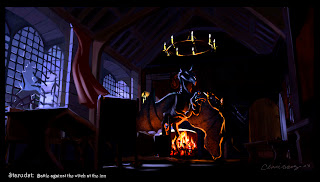 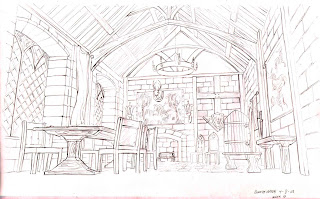 This is a rough color study. 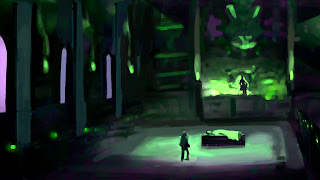 This is Lamia, the witch. In my version, she is coy and shows a false exterior.

Did research into period costumes, Lolita and Goth fashion The features aren't based on anyone, I just imagined an ideal beauty and invented the gesture, which is why it looks a bit awkward! 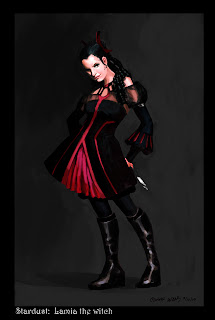 The following design is for the character, Yvaine. 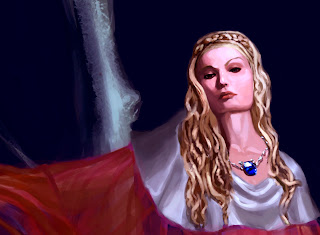 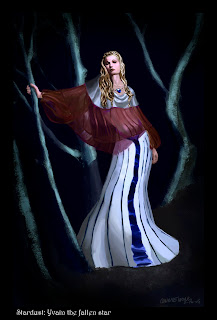 This is my redesign of the character "Tristan". According to the novel, he is half fairy, half human and has one pointed ear. 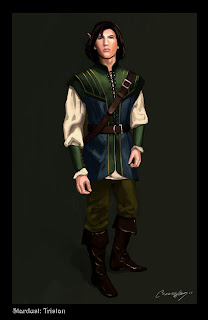 In the story, there is a unicorn that helps Yvaine escape and also battles the witch, impales her shoulder but receives a mortal wound. 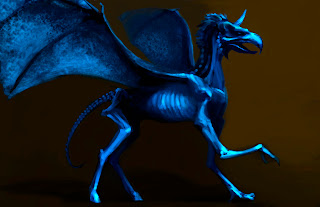 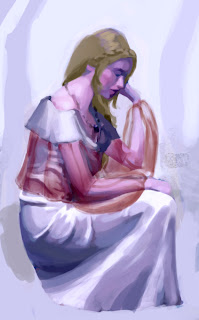 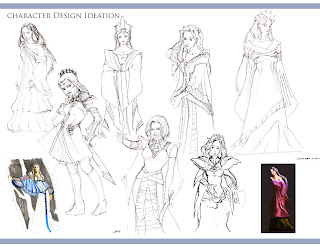